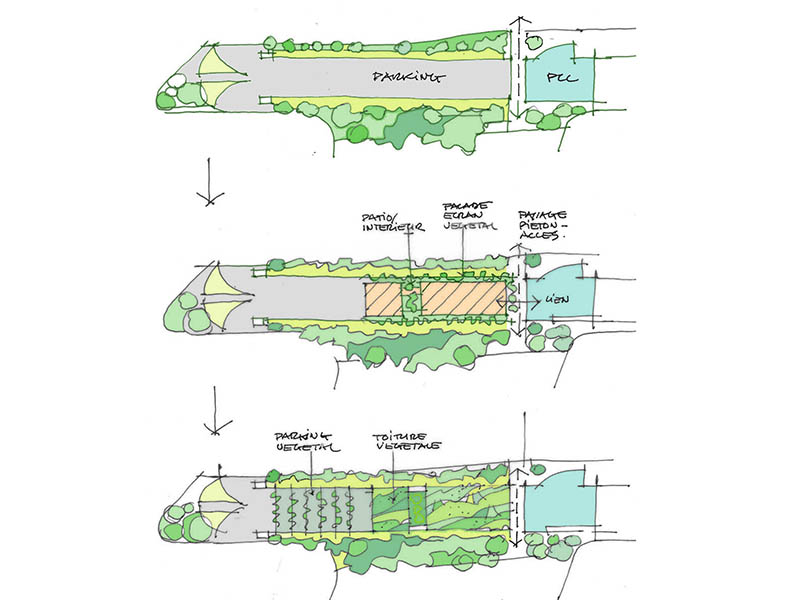 The RATP Group (French: Groupe RATP), also known as the Régie Autonome des Transports Parisiens (English: Autonomous Parisian Transportation Administration), is a state-owned public transport operator and maintainer headquartered in Paris, France. There, the company is going to build a new modern building. The architectural bureau that is preparing the plans for this building has invited me to cooperate. The building will be very »green« and I am in charge of the plant material for the secondary green facade, which will wind along the sides and across the roof. It will consist of climbers. The task is quite demanding, because it is necessary to capture the right ratio between greening – as coverage of surfaces – and openness, to allow enough natural light into the building.

This website uses cookies to improve your experience while you navigate through the website. Out of these cookies, the cookies that are categorized as necessary are stored on your browser as they are essential for the working of basic functionalities of the website. We also use third-party cookies that help us analyze and understand how you use this website. These cookies will be stored in your browser only with your consent. You also have the option to opt-out of these cookies. But opting out of some of these cookies may have an effect on your browsing experience.
Necessary Always Enabled
Necessary cookies are absolutely essential for the website to function properly. This category only includes cookies that ensures basic functionalities and security features of the website. These cookies do not store any personal information.
Non-necessary
Any cookies that may not be particularly necessary for the website to function and is used specifically to collect user personal data via analytics, ads, other embedded contents are termed as non-necessary cookies. It is mandatory to procure user consent prior to running these cookies on your website.
SAVE & ACCEPT