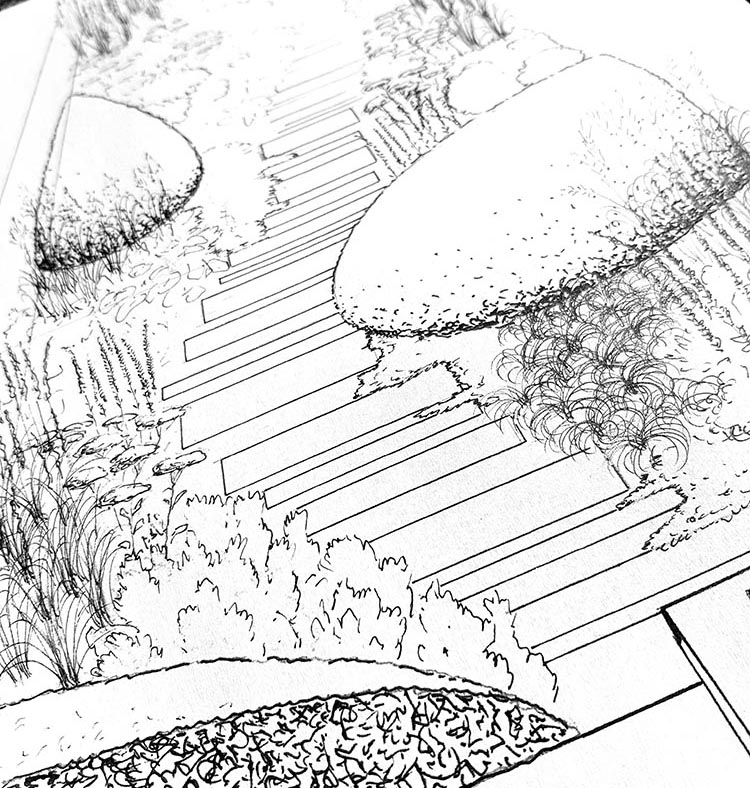 Smallness can be a disadvantage or an advantage, but it certainly means careful consideration for the garden designer. When I have to put a bit more content than I would like to on a small space, I usually turn to one “fundamental” or leading element, and in this case, this will be a trimmed yew. It will represent a framework, give the space an appearance of unity, balance it and at the same time attract attention. Simple lines of trimmed yew will also soothe the rest of the planting. At the request of the client, I will include plants native to the Danube river, as well as other species that will contribute to a wild look within the garden. The final selection of herbs and other edible plants will be of particular interest, as herbs are dominated by Mediterranean plants, which most often do not correspond with the vegetation of the Danube. This will be an interesting result!

Any cookies that may not be particularly necessary for the website to function and is used specifically to collect user personal data via analytics, ads, other embedded contents are termed as non-necessary cookies. It is mandatory to procure user consent prior to running these cookies on your website.